Nominate an individual(s) for the John Penn Citizen of the Year Award! 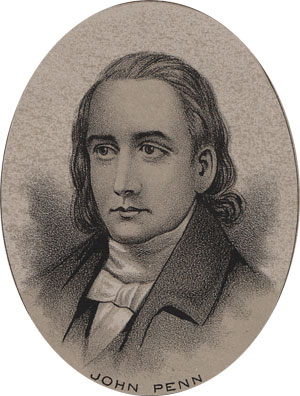 The Outstanding Citizen Award or Citizen of the Year award was presented in years past. In 1996, the committee created a new name for the award to honor Granville County’s first and perhaps most outstanding citizen. Since then, it has been presented as the JOHN PENN CITIZEN OF THE YEAR AWARD in honor of our Granville County citizen who was one of North Carolina’s signers of the Declaration of Independence. On January 10, 1936, the very first state highway marker was erected. That first marker was placed in the town of Stovall to commemorate the life of this political leader and signer of the Declaration of Independence – John Penn, a native of Granville County.

This prestigious award recognizes individuals whose volunteer service has made a tremendous impact on the county. Nominations are accepted throughout the year and the award is presented at the annual Chamber Banquet. Deadline for 2022 nominations is Tuesday, January 4, 2022. (Link to Nomination Form)